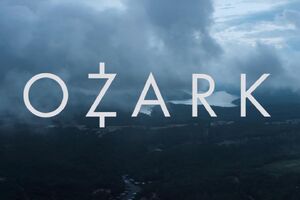 Ozark is a crime-drama-thriller produced by Media Rights Capital for Netflix. Jason Bateman stars in the show, directed four episodes of the first season and serves as an executive producer.

The show follows Marty Byrde, a family man who moves from the city to the Lake of the Ozarks to begin repaying the money-laundering debt he owes to a ruthless cartel drug lord.

The show is named after the Ozark Lake, in Missouri, where some, but not all, of the shooting took place for season one.