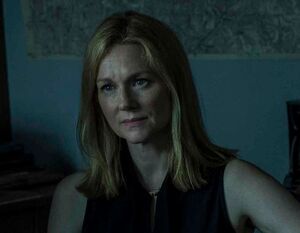 Wendy Byrde (née Davis) is a main character on Ozark. She is the wife of Marty Byrde, and the mother of both Charlotte and Jonah Byrde.

Early in the story, she is primarily concerned with getting her family settled at Lake of the Ozarks. Soon after, she begins to use her background in politics to advance Marty's money laundering operation. Wendy is much less hesitant regarding action than her husband. She has purchased a funeral home on impulse, ordered enemies killed, made direct business proposals to Omar Navarro, extorted political donors, and blackmailed state senators.

Wendy grew up relatively poor, without having enough money for her family to travel. She was extremely protective of her brother, Ben, willing to fight anyone who "got near him" and knocked out a kids teeth for calling their family poor.

As a teenager, she fell into a life of sex, alcohol, and drugs before she was fifteen. However, she was able to leave her self-destructive path through religion and the local church her father built. At seventeen she confessed her past deeds to her pastor, including the abortions she had. However, though the pastor spoke from a script preaching forgiveness, Wendy could sense that she would no longer be welcome in the church community. She left religion soon after, and left home six months after that.

While living in Chicago, Wendy had worked as a public relations operative for a number of Illinois state politicians, including Barrack Obama.

Wendy's spiral into depression after suffering from a severe car accident (and implied miscarriage) catalyses the degradation of her relationship with her husband, Marty. She later pursuits an affair with Gary Silverberg.

Wendy is willing to do anything in support of her husband and children, including doing dirty work to assist in furthering Marty's money laundering endeavors.

However, Wendy also maintains a strong sense of personal morals. For example, she has refused to sleep with Charles Wilkes for an implied quid-pro-quo regarding the vote on the casino boat.

Wendy is idealistic about her plans for the future, dreaming of moving her family to Mullumbimby, Australia once Marty is relieved from his obligation to the cartel.

Beginning in late season 2, Wendy begins getting a taste for the power that money and connections have given her family's operations. She pushes for expansion into hotels, which Marty disapproves of, as he does not wish to become deeper rooted in the cartel, though Wendy insists that having legitimate business interests will keep their family safe. She craves political power and influence in order to push forward the causes she believes in, as opposed to the selfish conservative policies of Charles Wilkes.

Wendy and Marty Byrde have been married for close to 20 years. Together they have 2 children, Charlotte and Jonah. Their relationship is strained at the beginning of the show as Marty has found out that she is cheating on him through a private investigator. However, it is evident that she does care about him in episode two Blue Cat as she is extremely distraught when (spoiler alert) Marty explains that he is going to committ suicide to save the family.

Wendy and Marty have discussed her brother, who has a questionable past.

Though their relationship was strained at first, due to Buddy's crass nature, but Wendy and Buddy eventually became good friends. Wendy stated at Buddy's funeral that is is the person she always wanted to have a drink with at the end of a bad day. She credits Buddy with saving her family. 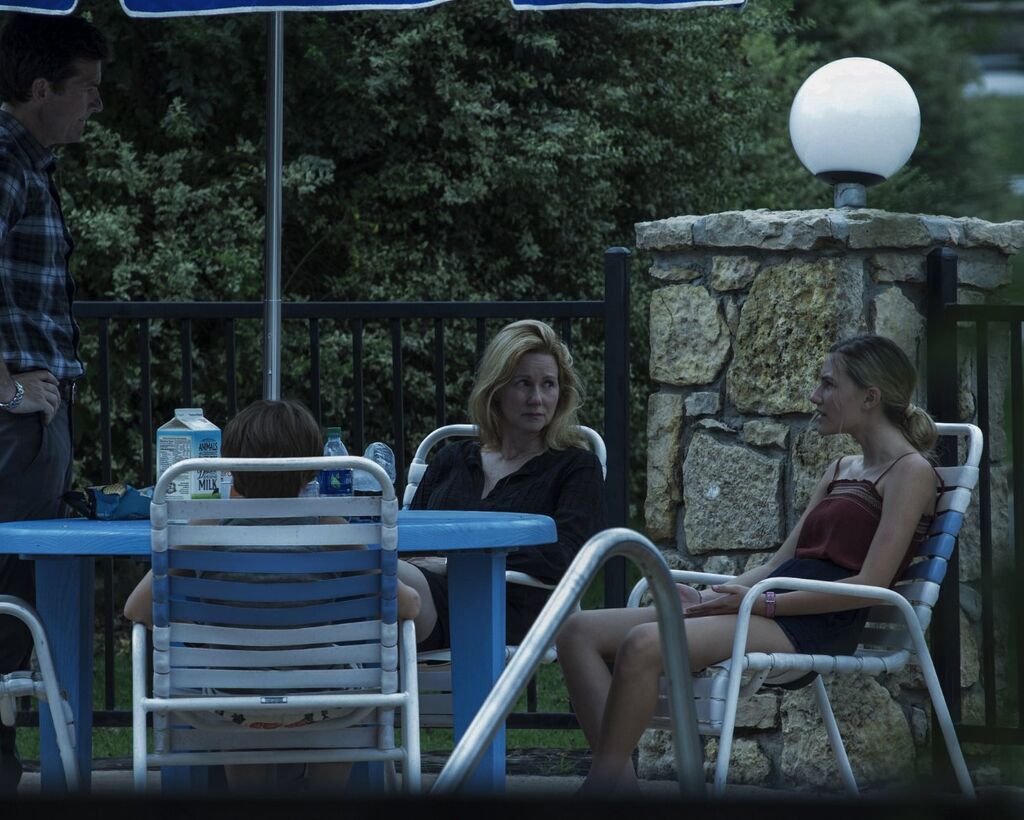 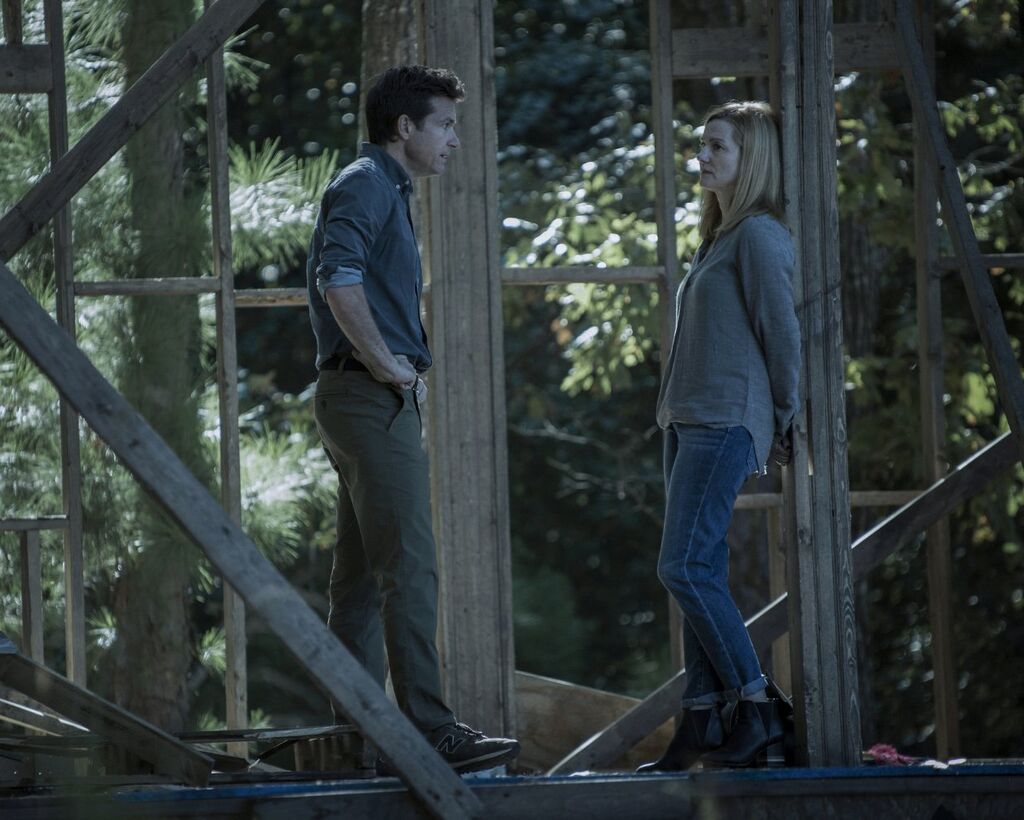 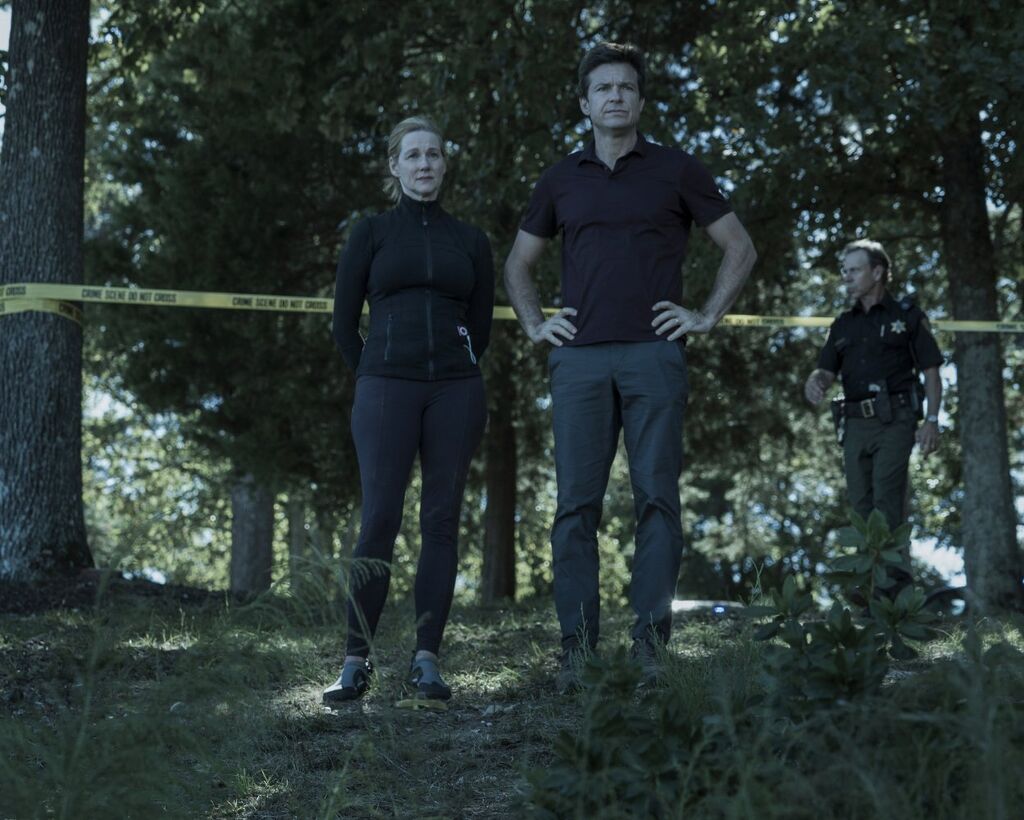