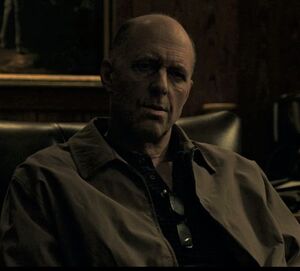 Frank Cosgrove is the leader of the Kansas City Mob. The mob threatens a state senator into not supporting Wendy and Charles' casino bill, but later relents when Marty Byrde promises Frank that the casino can be a union shop. He later threatens Marty in his office when he discovers Marty struck a deal with a local politician to support the casino's construction in exchange for furthering the politician's anti-labor policies.

Frank is a former associate of Buddy Dyker, from his time in the Kansas City Mob.